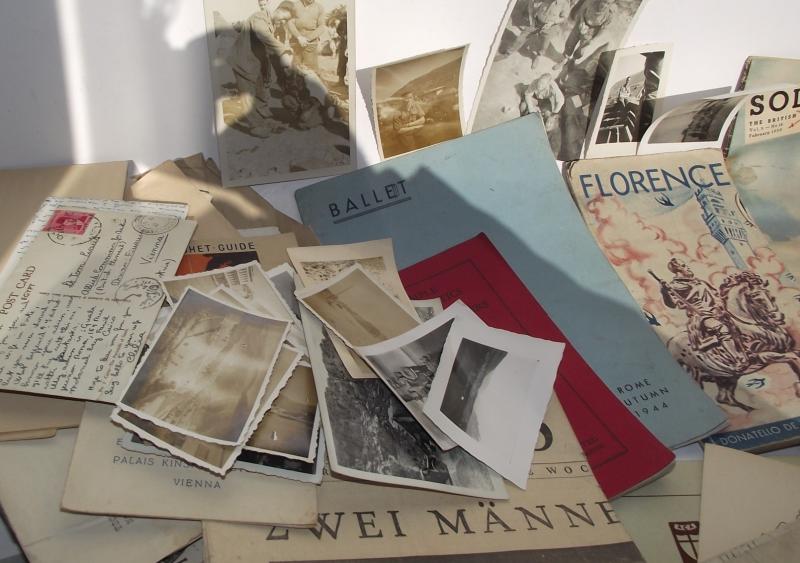 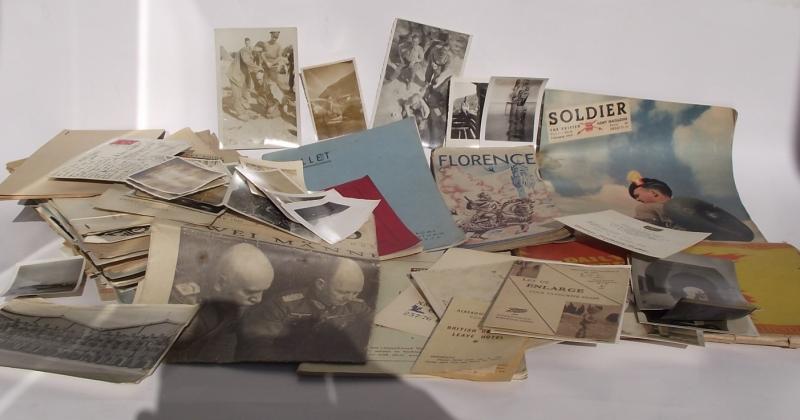 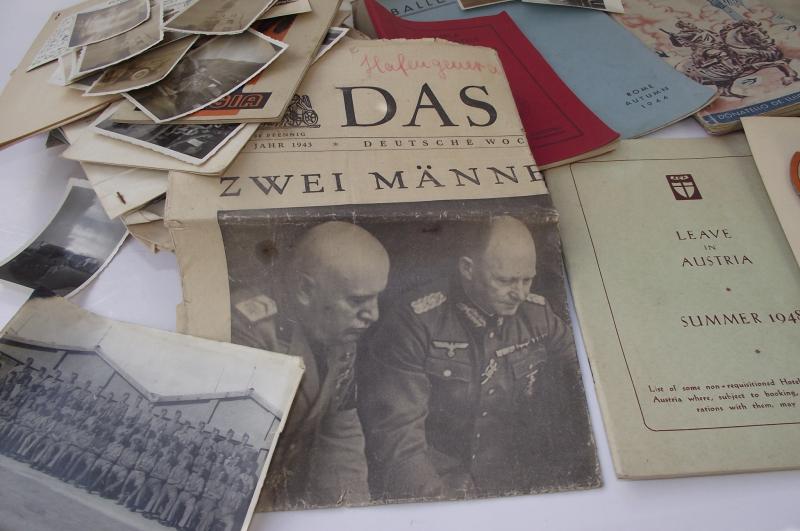 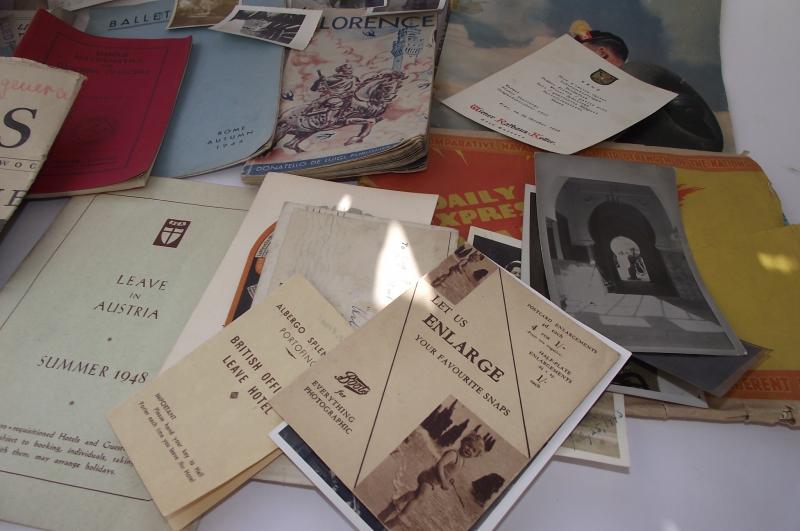 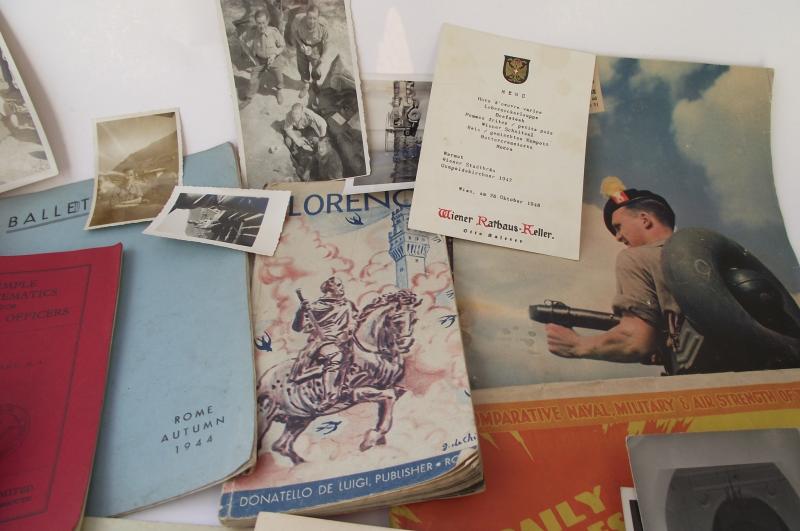 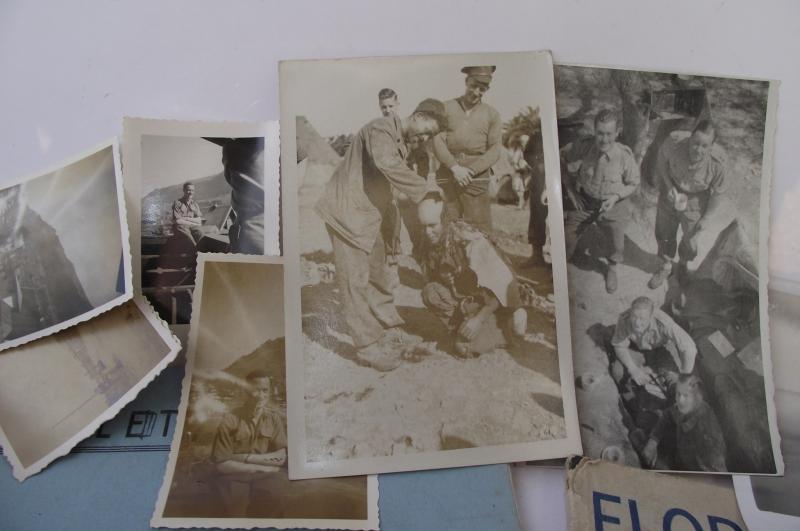 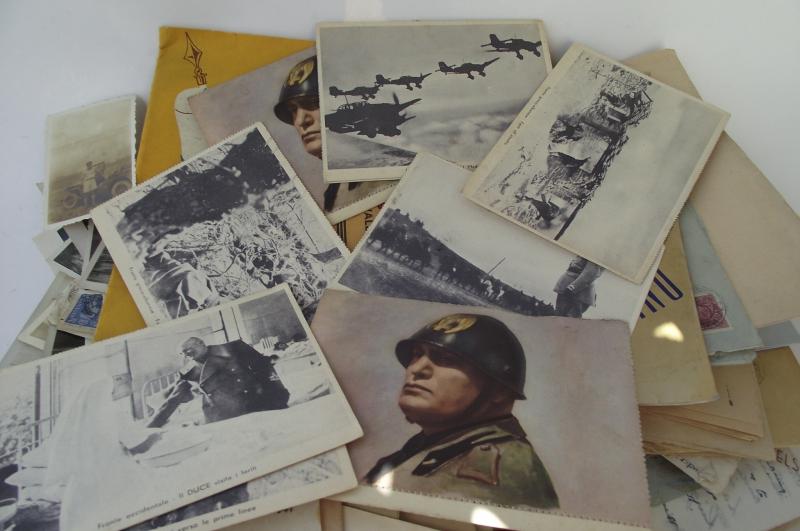 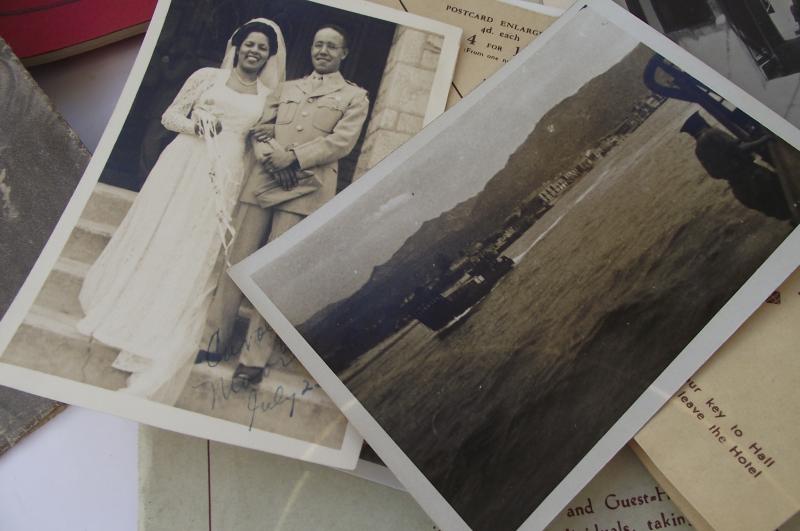 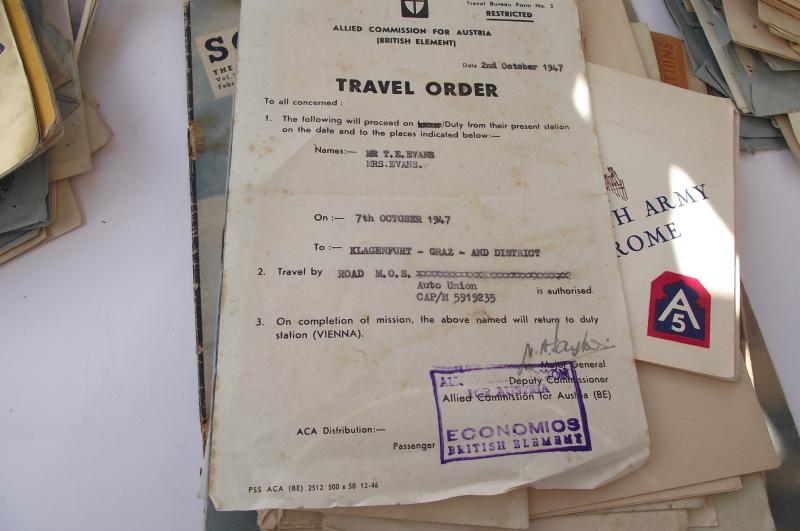 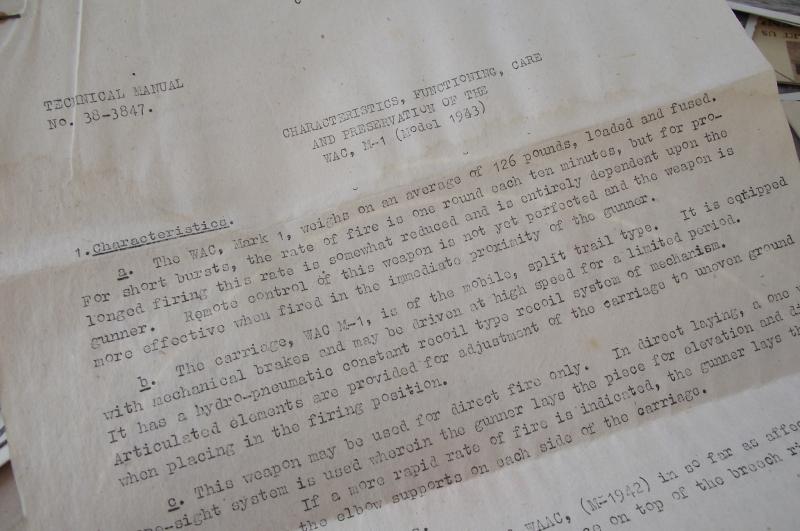 This large lot belonging to Lieut T.E.Evans, 76 H.A.A.Regiment R.A. was found a number of years back during a Vienna house clearance in Austria.I believe the veteran settle for a number of years after his service in the country being attached to the Economics Division, Allied Commission To Austria. As you can see there is a lot of items and i will try and itemize as much as i can......
Around 30 military theme photos from his service in North Africa and Italy and around 50 military theme negatives, they do seem different to the photos mentioned above.
Many love letters and messages from his future French wife who worked for the American army just after the war, i think they married in 1947.
10 x WW2 Italian military themed post cards and a 1943 dated German Newspaper ''Das Reich''.
17 x Brochure/booklets on life during occupation such as travel guides of Tunisa, Sicily, Rome and Austria etc. These include menus from certain cafes, dance halls and other entertainment facilities. Also a large Daily Express ''War Map'' and the ''Eighth Army'' photo booklet.
A number of official documents related to his work including a large two page document headed ''Austrian chancellory'' where he is in a meeting with the Austrian Government, he has penciled in red around his name!
Lastly a good amount of letters, photos and documents related to his wife and correspondence between him and an American officer Clifford R.Moore who he met in Rome during his service with the US 5th Army. Moore on his return to the States worked in the US District courts. Letters even include a conglaturation from Moore on his wedding and could he get some nylons sent over for his wife.
Anyway there is more but im going to leave that to the future owner as there's lots of hours of research possible if so inclined.
Please be aware that this lot weighs in at around a kilo or more when i post.