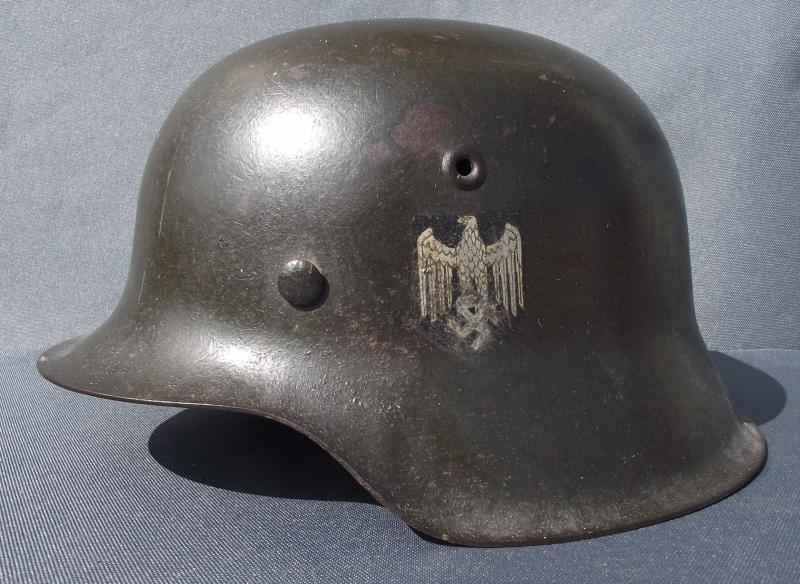 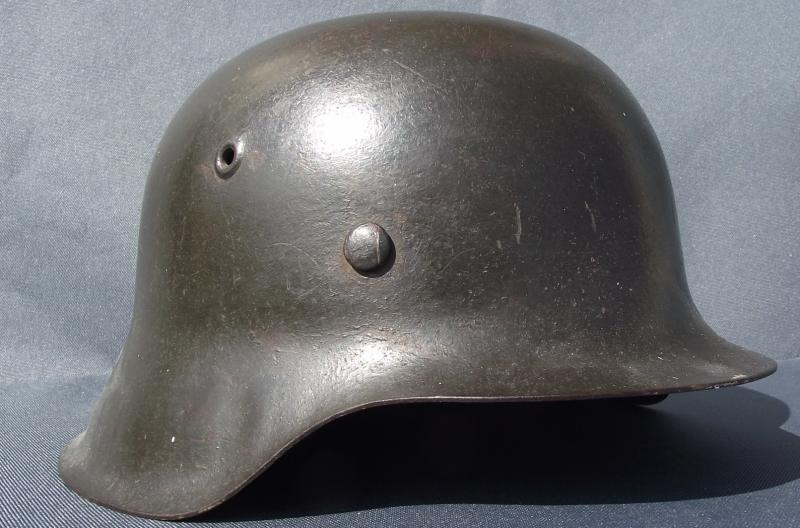 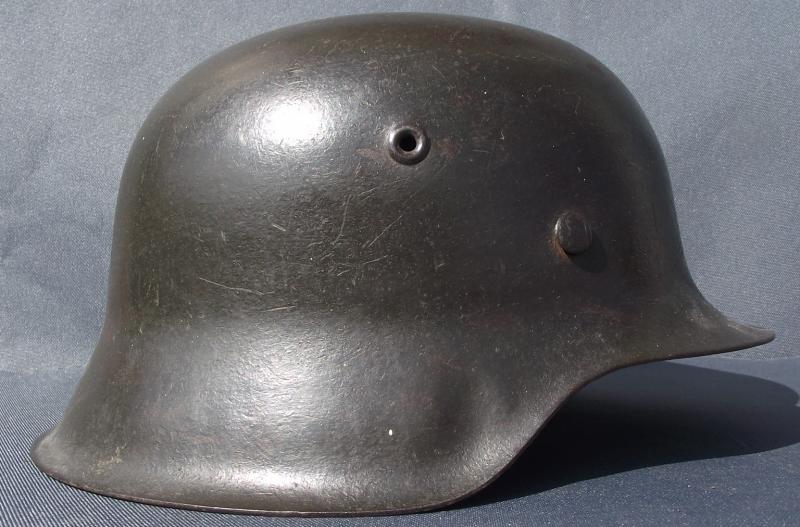 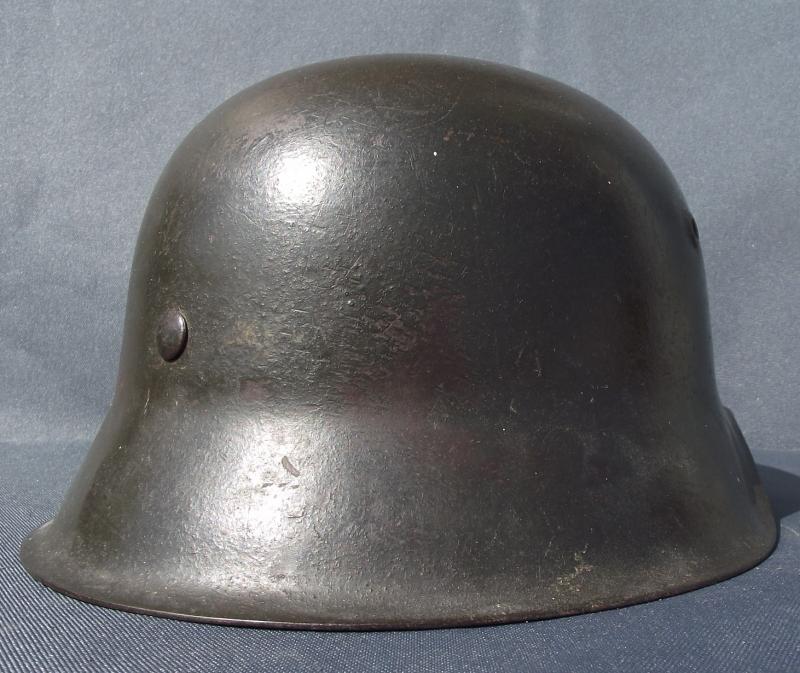 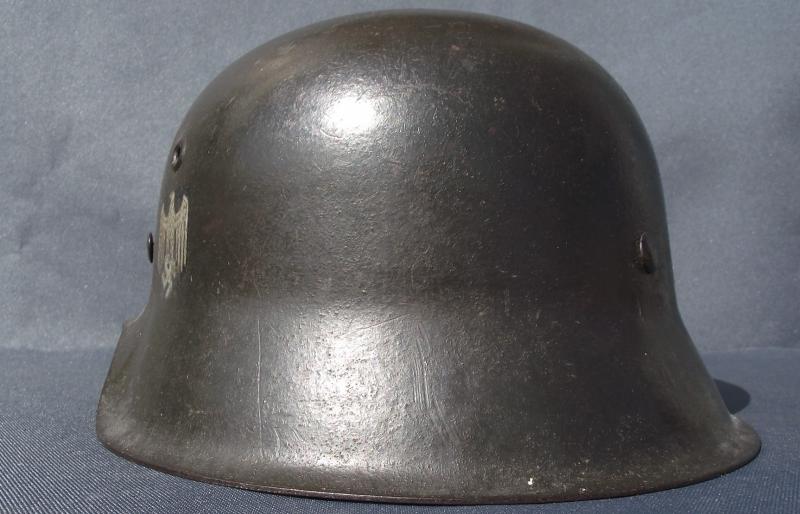 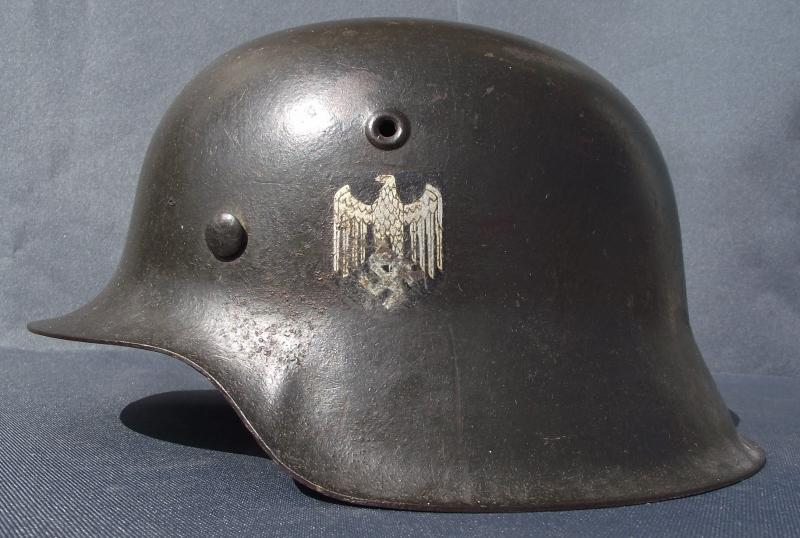 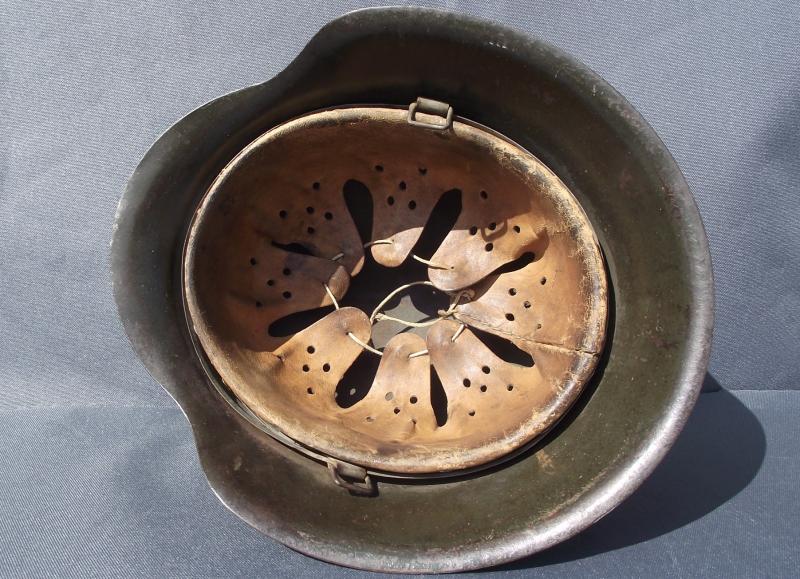 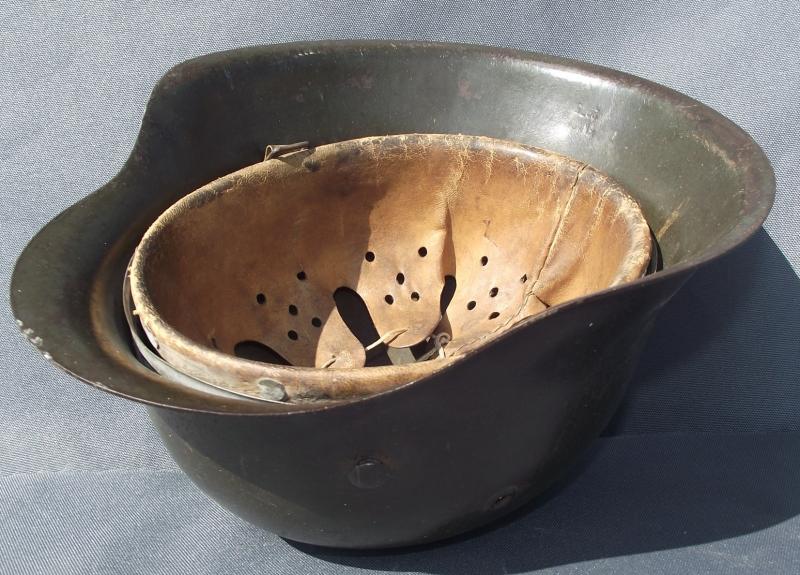 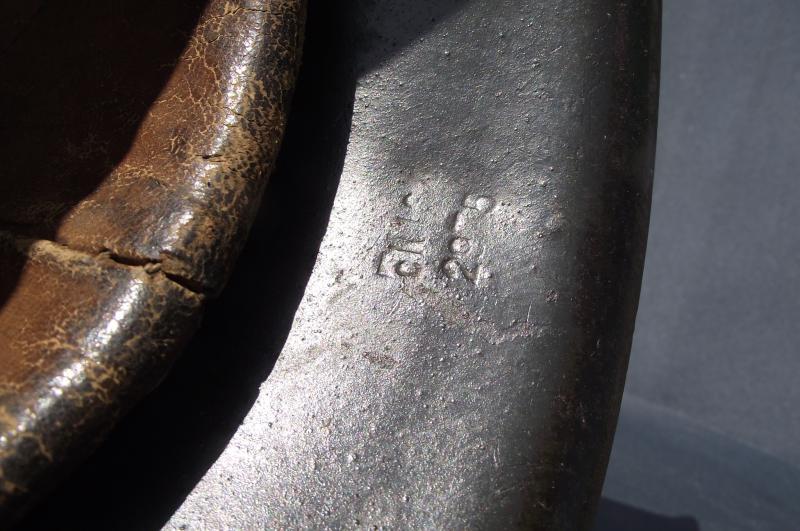 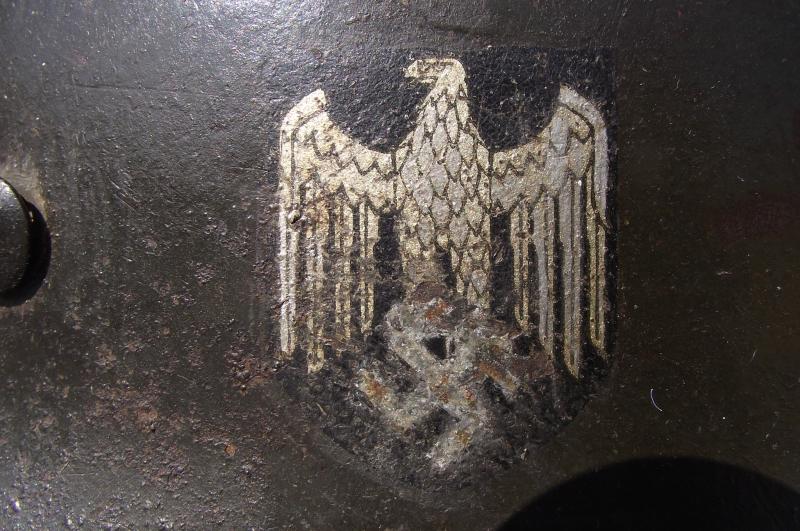 Shell has around 99% of its factory finish and the decal i would rate at around 70% complete. The decal at some point has been touched up to the right wing side and a number of chest feathers, the swastika has been worn away, deliberate perhaps? The leather liner is complete and in my opinion the period example with its original liner string and a pencil named to one side. The three liner pins are original to the helmet with two having no evidence of being messed with but the back has lost its washer but that should not be an issue as i have had a few untouched period wartime examples with one missing washer. There is also a name penciled to the side of the shell. The back has a Ckl64 mark and Lot number 2975.
I must add that at some point the helmet has received either a thin layer of lacquer or a reissued thin coat of green to the outside shell and inner skirt with the decal having been painted around.Inside crown has been left with its original factory finish The finish being painted around the decal has me scratching my head, usually a postwar layer of lacquer would also cover the decal?? I mention the above as full disclosure is in every bodies interest and hey your lucky i collect and love German combat lids!!